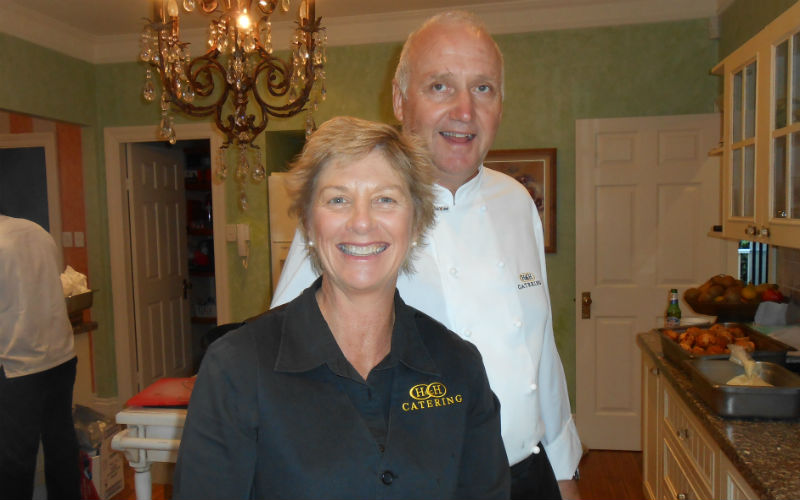 This is a story of love, partnership & your world being turned upside down. On the 12 month anniversary, I write this in tribute.

Our lives were amazing.
Twenty one years of working together, living together.. 24/7.
Our love was unique; our lives inseparable.

We worked hard, travelled the world and met every challenge as one.
We lived every day as a new venture because we, as individuals and as a
couple, had met so many challenges over the years.
We became “indifferent” because we knew if we were united we would not fail
Or so I believed …

In October 2015, Alan was diagnosed with a brain tumor.
Two days later, we had a meeting with Doctor Mark Coughlan (Neurosurgeon).
Seven days later, Alan was operated on.

“Operation successful!
But, how successful?
Take a deep breath.
Ask the question.
Don’t be so brave.”

If we were lucky, twelve months to live.

Talk to kids, talk to the family, and tell them how it is.
Gather your thoughts, take a deep breath, be strong.
You need to be strong.
And then, our world went into a spiral where everything was about making and
fulfilling everything Alan wanted to do and wished for.

Over the period of 4-6 months speech, logic, writing, reading; it all became
a challenge.
A man so proud and so independent, having to submit to this awful disease
and endure the embarrassment of having to acknowledge that it was
consuming his body and his mind.

So many incidences that mark the last nine months of his life.
Wanting to drive and being denied.
Walking 15km because you just had to make a point, that you were still you,
and that you were the destiny of your own future.
Enduring countless promises and disappointments when the chemo didn’t
work.

On our visit to Byron Bay, falling on the beach; not wanting help and
waiting 30 mins until you were so tired that you had to ask for help.
Falling in a pool and near drowning.
Driving home 35hrs from Cairns to Central Coast when our trip didn’t go as
planned.
Sitting in front of a solicitor, talking about death; knowing that you just didn’t
want to die.
And the hardest decision was that you could no longer sleep next to your
partner. That you had to have a “special” bed because the time was nearing
that you were no longer going to be in this world and your body was telling
you so.

Alan was a man who needed no money, unselfish, proud of his heritage
and very proud of his kids. He worked hard, lived life to the fullest and never
complained.
He was genuinely loved by all who came in contact with him, and never had a
bad word to say of anybody.

So, on his first anniversary of his death I leave this:

Leave nothing to chance.
Fight for the right information.
Always ask for the truth and peel away the shit.
Always recognize that although they think they know, they really don’t.
It’s a game of chance in which the dice is rolled and you hope for the best.

Doctor KarenDouglas and Doctor Mark Coughlan, I
thankyou.. for your dedication and strength & in your honesty.
To friends who gave him hope, and to his family that gave him unconditional
love, thankyou.

So, the love story ends in a tragedy. Where a man and a woman, so much in
love, get torn apart by a disease called ‘brain cancer”.
Life brings so many uncertainties.
One day your life is full and then, it’s taken away so harshly for no reason in
that it is “just life”, and you deal with the cards you are dealt.

You will always be on my mind, & I will love you forever.

With a sound and professional catering establishment behind her, Kerry has developed the company profile via strategic marketing and personal involvement. Kerry has 25 years experience in the food service industry including, function Coordinator, the establishment of a cafe, menu design, food service manager, purchasing, and sales.